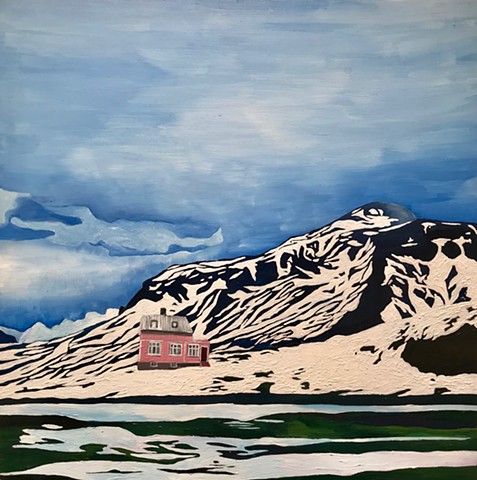 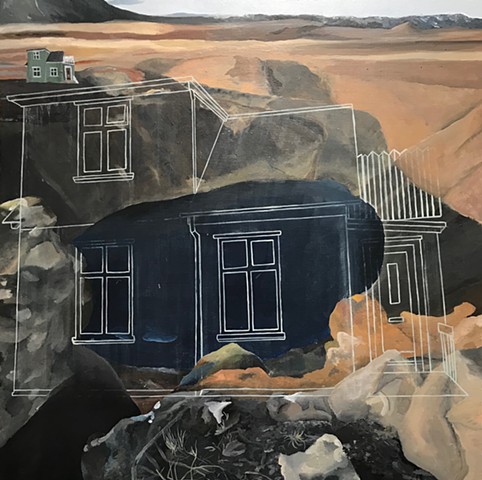 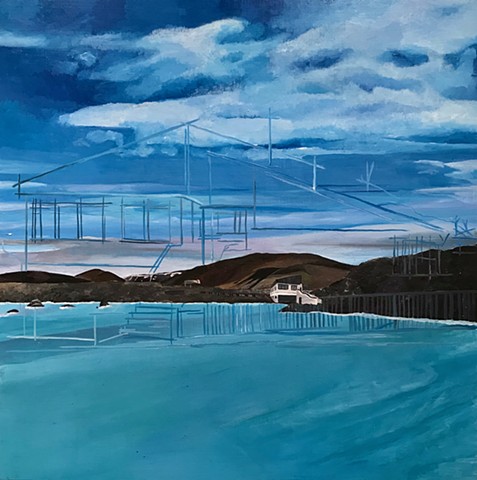 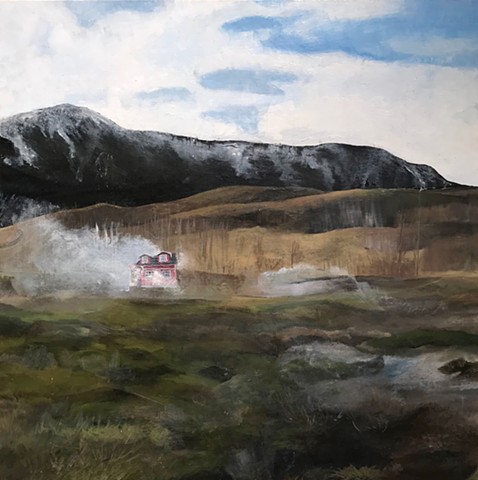 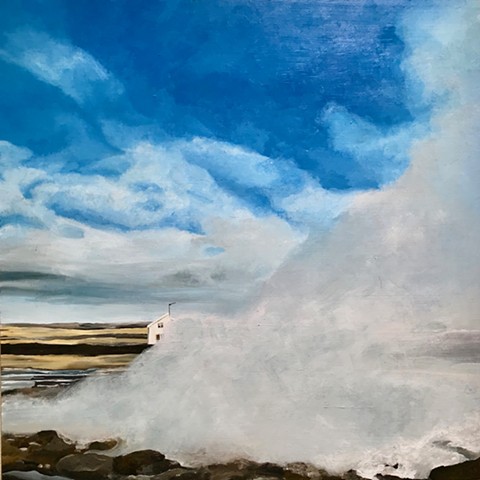 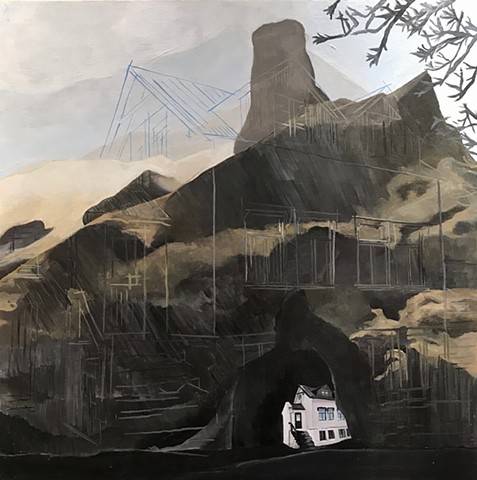 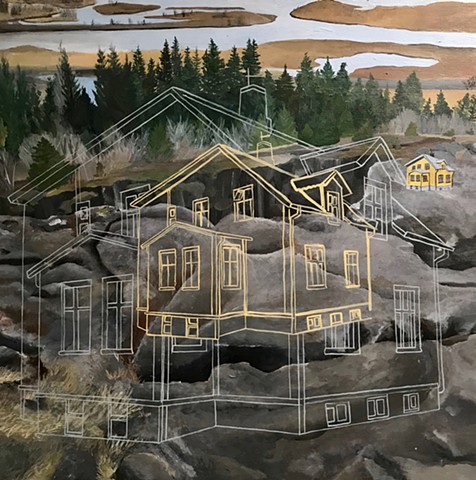 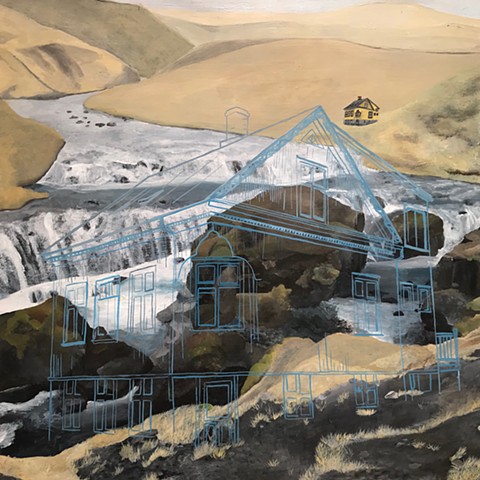 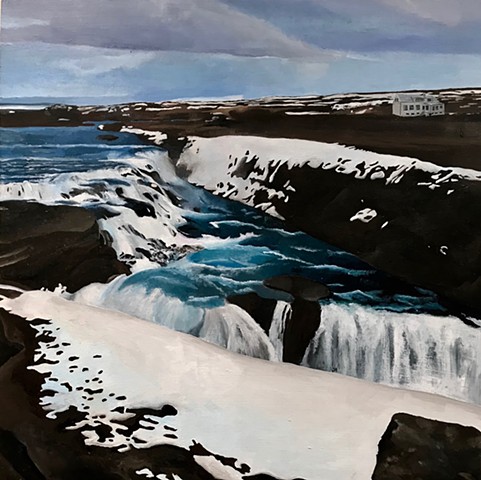 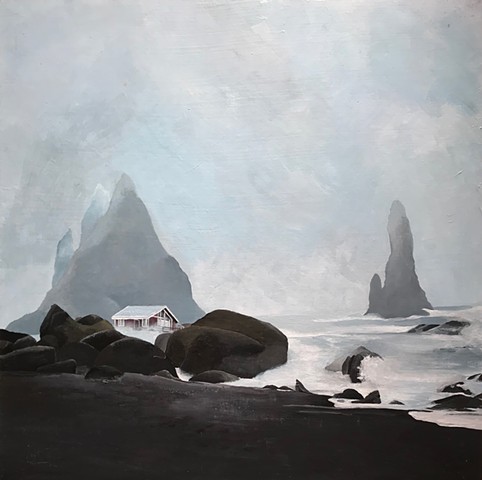 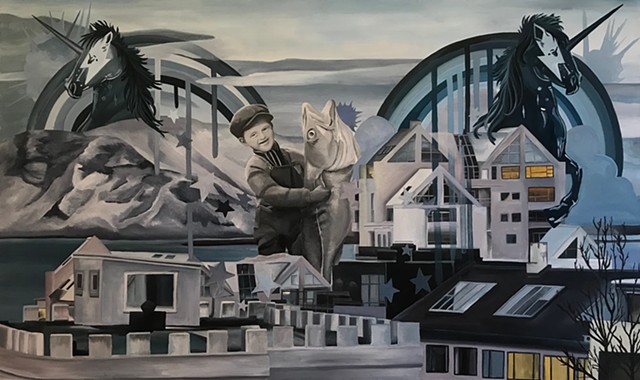 What is Reykjavik: Rainbows and Unicorns?
Acrylic on Canvas
36"x60" 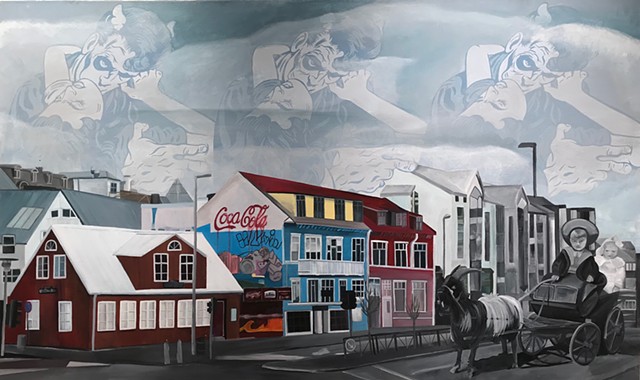 What is Reykjavik: Blood Sucking Fiends?
Acrylic on Canvas
36"x60" 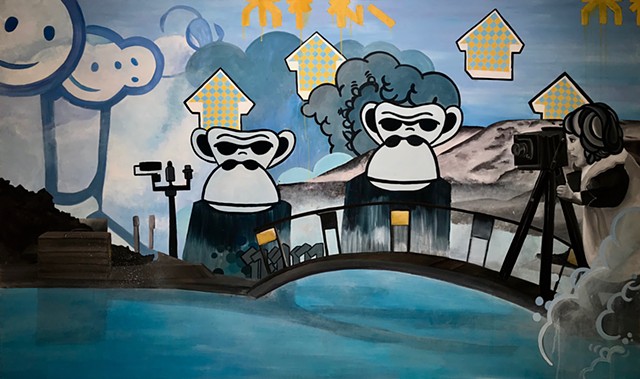 What is Reykjavik: The London Police?
Acrylic on Canvas
36"x60" 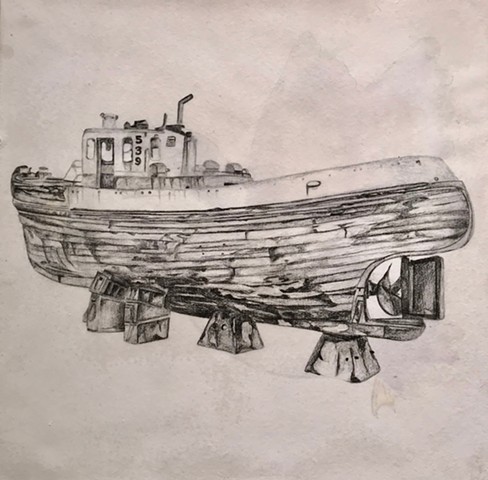 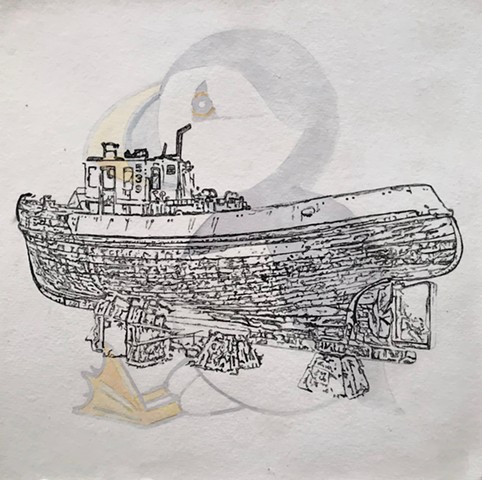 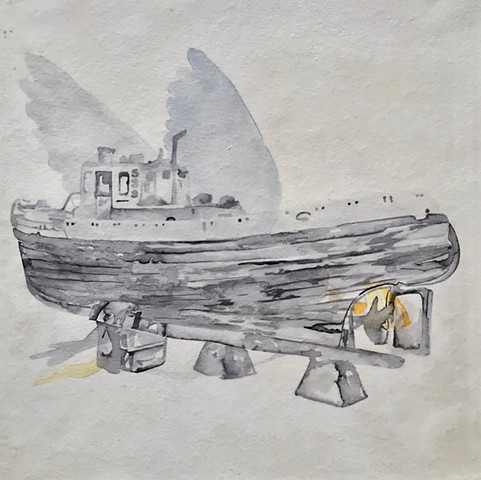 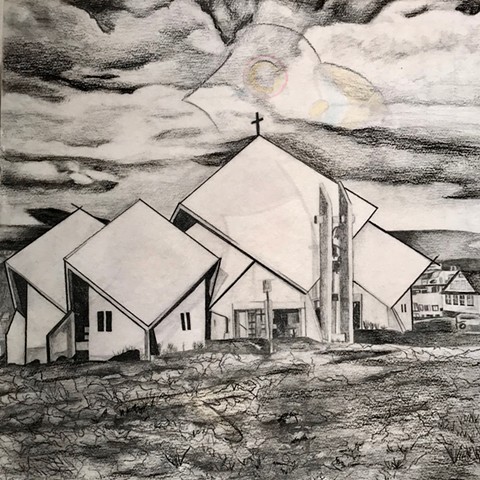 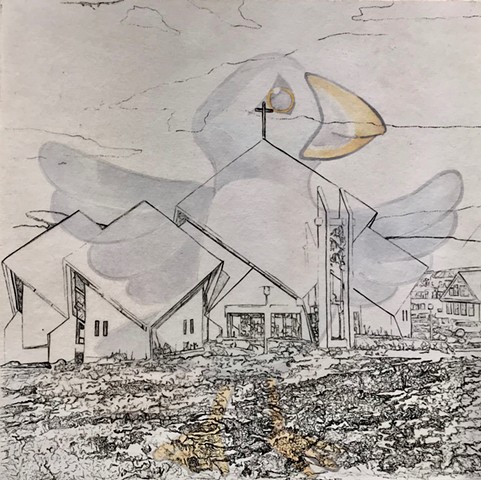 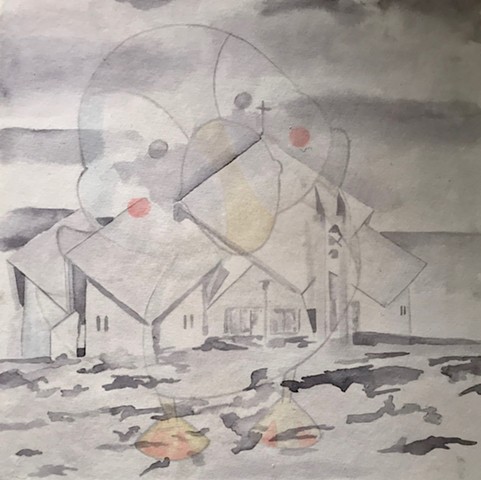 It was under dubious romantic circumstances that I found myself in Iceland in the spring of 2017. I set out looking for a connection: exploring the land and enjoying the attractions – I wanted to observe a culture so far from my own. What is it like to live as an Icelander?

We rented an apartment and a car, shopped at the local market. I was in love with the quaint homes: economy of space and tasteful Norwegian aesthetic. I reveled in the local coffee shops, drinking the perfect oatmilk lattes with the other…tourists.

Driving through vast, breathtaking, unfamiliar landscapes I was in pure awe. Moving across mountains, through clouds, the sun sparking on the snow, “I think this is what… MAGIC is made of!” – snap back to reality as the massive busses rumble by, kicking up gravel, barely fitting on the one lane highway.

Returned to Reykjavik, I looked for a bookstore, but everything felt like an airport gift shop. I tried to drink with the locals, but I couldn’t find a locals pub. I could however find Bob Dylan and Big Lebowski themed bars. I kept having this sinking feeling that the city was losing its identity to… us? The tourists. Everything felt over shadowed by what was marketable, a sort of Disney appeal.

I made a call to my one native connection, a very distant relative, who is currently using her masters in comparative literature to work the front desk of a hotel. We met at the Boston Bar. “Maria, where do the locals drink?” She rolls her eyes, slowly scanning the pub, “Here…it’s the cheapest” and takes a swig of her $13 pint.

“When I first moved back here from California in 1999, there was still a sleepy little village feel, and also a sense of loss. It was as if the grand dreams of a bustling northern capital that had been set in motion during the 20th century had somehow faded as families moved to bedroom communities and indoor mall culture took over. Walking the streets of 101 Reykjavik back then was quaint but a bit empty, with run-down cottages everywhere and a few resilient restaurants and bars frequented by, what seemed then, locals only. All that has changed.

Today Reykjavík's flooded with visitors, who bring a certain energy and international vibe to the city, and who've propelled by their presence the build-up, renovation and redevelopment of the capital. Construction cranes are everywhere, new stores pop up weekly, and restaurants vie for to social media reviews in an aggressive manner. A new population of migrant workers, mostly from Central and Eastern Europe, man most service industry jobs: adding a weird level of class structure to the once idealistically-egalitarian Iceland. And everyone, everywhere, is trying to take their bite of the mighty tourist buck.

So, everything has changed. Prices have gone up across the board. Locals are having a hard time keeping up with rising costs. Yes, there's more income streaming in, but hardly enough to keep up with inflating prices. And yes, this is exactly how a bubble looks just before it bursts. Infrastructure is suffering. Roads, plumbing, waste management, and health care as well. Our hospitals have to deal with visitors' injuries (slight and serious) as well as locals', and our search and rescue teams are maxed out saving careless tourists from nature.

All Icelanders know this bubble is going to burst, and probably sooner than later. But like many other cultures in hard landscapes, Icelanders have survived by making hay while the sun shines. So, we'll take advantage of this while we can, and hopefully be able to ease into a different kind of tourism, namely eco-tourism, where the hit-and-run, bucket-listers become a thing of the past, and we invest time energy and money in creating an arctic utopia that, while costly to visit, will be self-sustainable and unique in the world.”